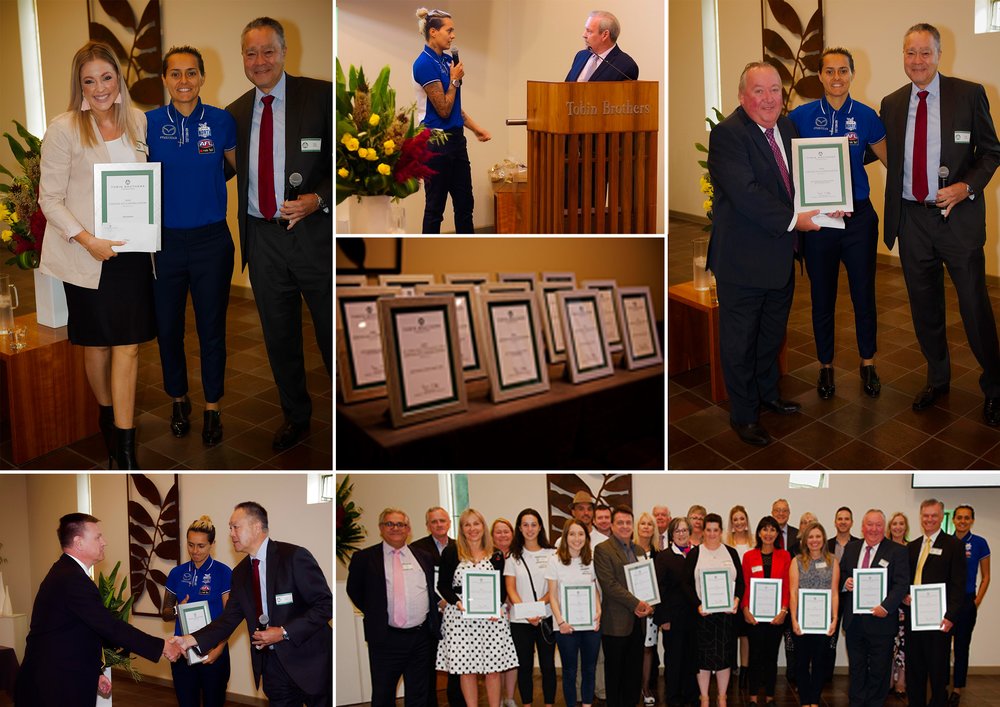 There are so many people in our community who are repeatedly ignored, unacknowledged or forgotten and the many small organisations striving to help them are fighting an uphill battle to obtain funding and public recognition.

This is one of the reasons the Tobin Brothers Foundation was established in 1984. 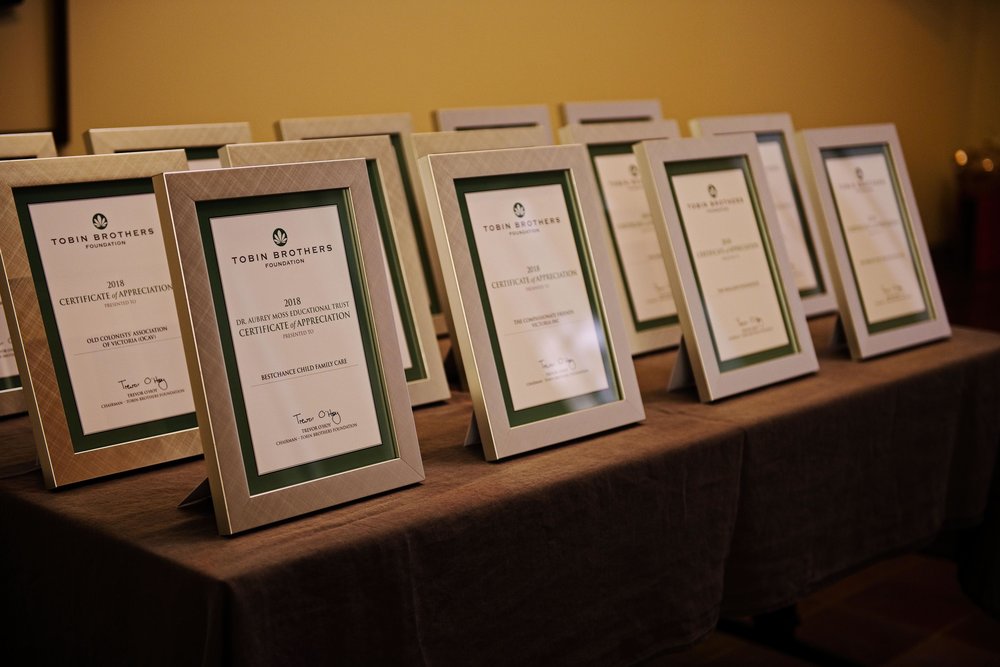 Since that year, which marked Tobin Brothers Funerals 50th anniversary, the Tobin Brothers Foundation has made annual grants to lesser known organisations and individuals whose work can be shown to have meaningful community benefit and has awarded over $540,000 to more than 300 deserving recipients.

This year, the Foundation made grants to fourteen recipients totaling $43,822 and each were invited on February 19th, 2019 to accept an award recognizing their charity work in the community. 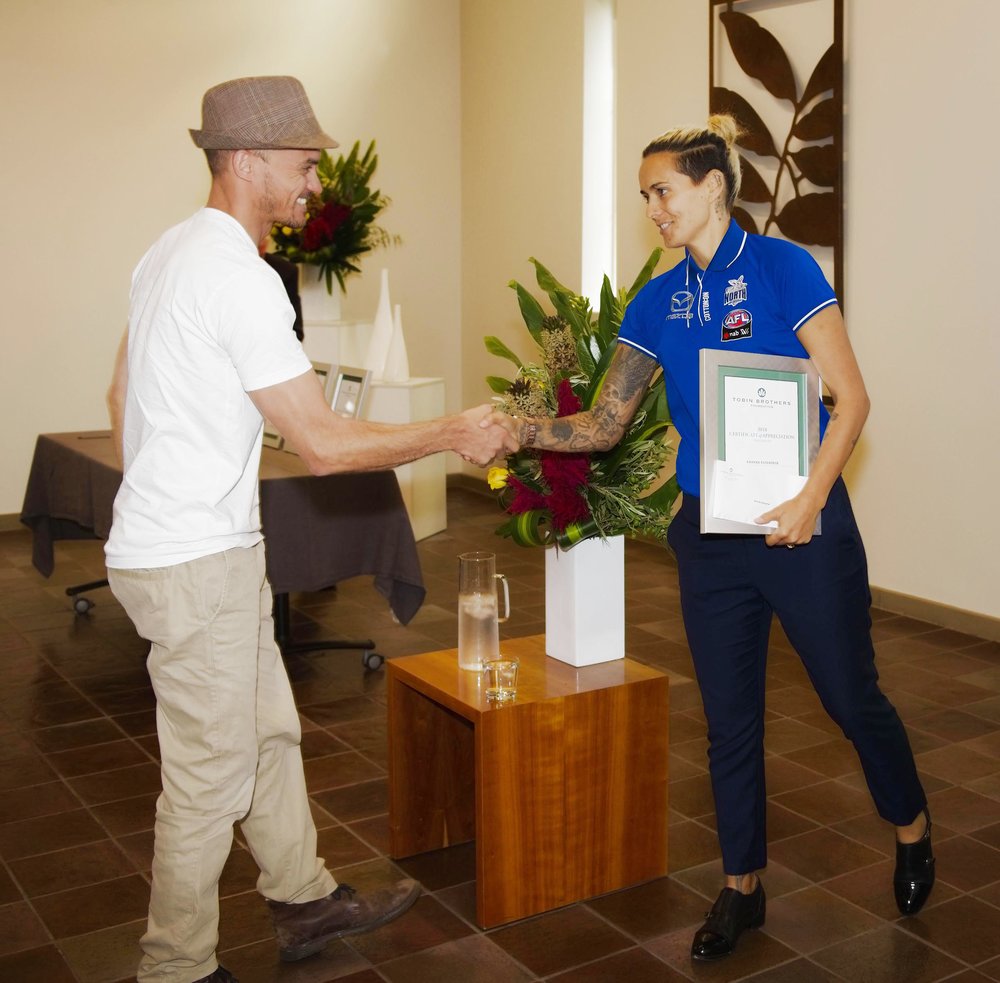 Hosted by Bryan Martin OAM, the award ceremony began with the North Melbourne AFLW star, Moana Hope, as guest speaker, being interviewed by Bryan Martin, Moana was an inspirational speaker as she talked passionately and with great humour about her football career, traffic management business and her family. She is one of 15 children and has a fascinating story. Not only does Moana own and operate a successful traffic management business which employs close to 100 people (including some family members) and plays professional football on the weekend, she is also a full-time carer for her disabled sister Lavinia. It’s difficult to know how she finds the time and energy to be in control of it all. 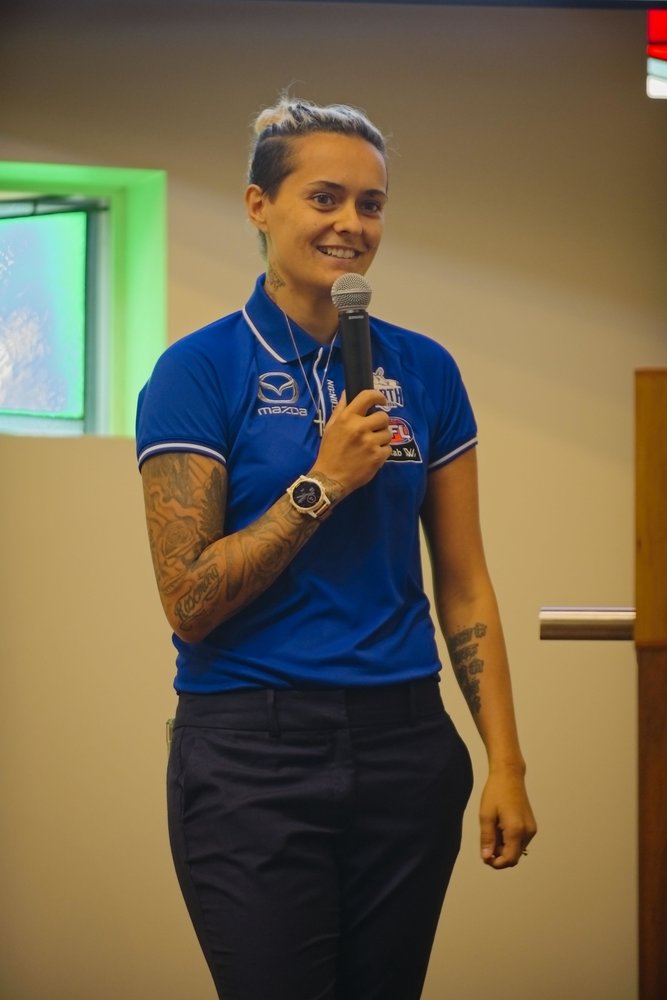 Moana was also an ambassador for Tobin Brothers Funerals “Say It Now Week” in 2017. 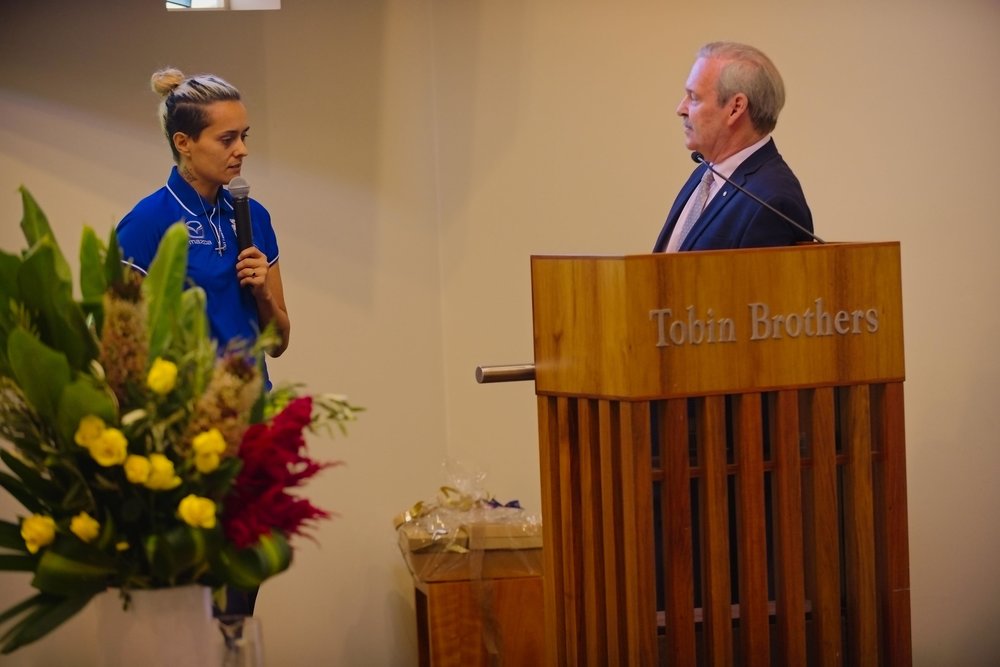 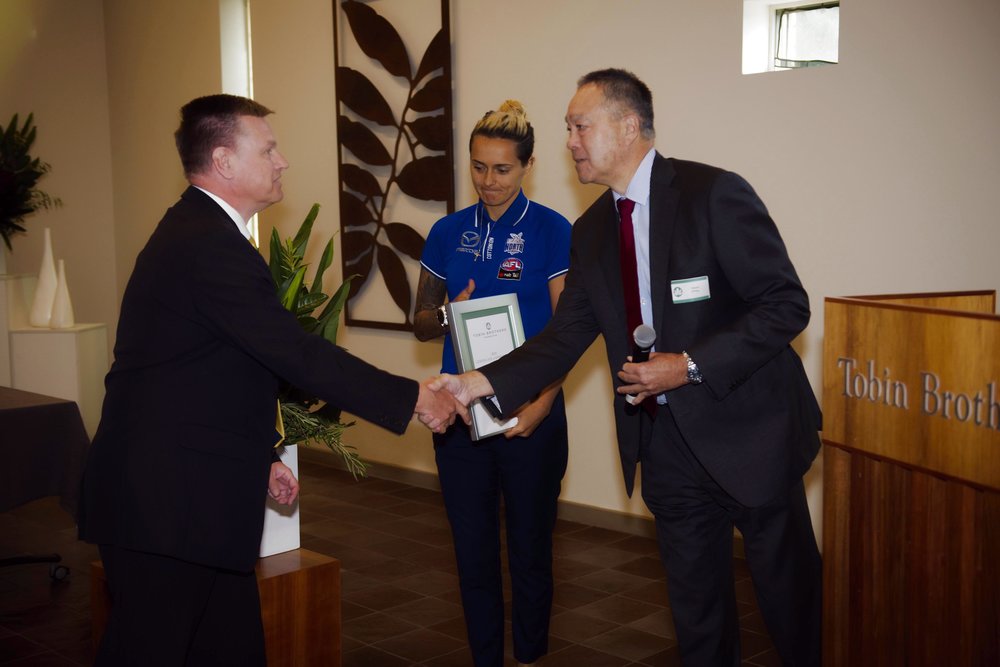 Managing director, James MacLeod, congratulated the Chairman, Trevor O’Hoy, and all the Trustees “The Foundation runs completely independently of Tobin Brothers Funerals and Trevor and the Trustees have done a wonderful job once again in selecting fourteen community organisations as this year’s recipients. 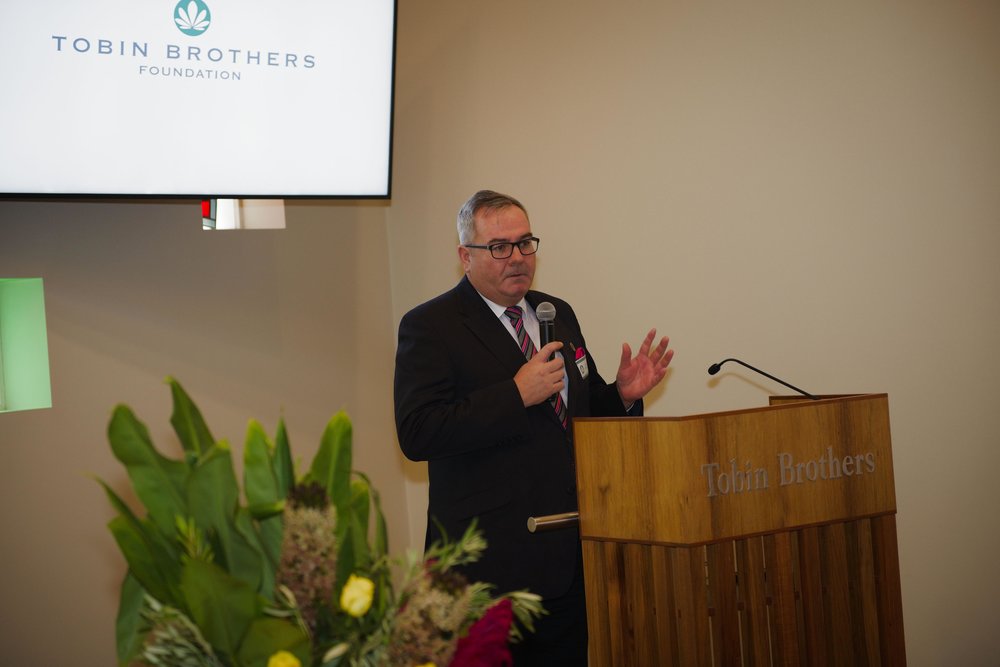 This year’s award recipients were: 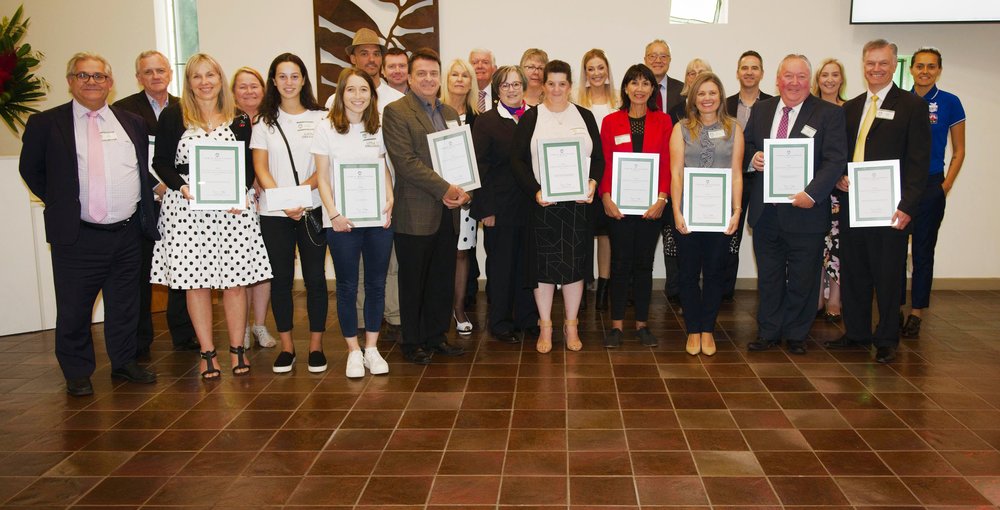 To watch the full video presentation of all the winners click this link:

Applications for the 2019 Tobin Brothers Foundation grants will be open from 1st September 2019.

If you have experienced loss the whole festive season can be extremely challenging.   Time and time again people have said to us they wish they could go to bed at the end of November and wake...

Six Songs That “Say It Now”

We Australians have always been a stoic lot - most of us are well-practiced in keeping emotions to ourselves. I often get the impression that Aussies of a certain age would rather have a tooth pull...

"Together in Discovery and Care" is the theme for the 19th Asia-Pacific Prostate Cancer Conference taking place in Brisbane from the 22-25 August 2018. Prostate cancer is the most c...